Writers come in all shapes and sizes. I’d like to say I’m well rounded and big [in the industry], but as a woman I hate that description about me. Instead, I’ll go ahead and borrow the terms “pantser” and “plotter”, which describe types of writers, and were coined (according to different sources), by Nanowrimo, Stephen King, and even good old Shakespeare himself.

So what are PANTSERS and PLOTTERS?

A PANTSER is someone who writes by the seat of their PANTS. There is no forethought or planning going on. A writer starts with nothing, but the absolute basic. Your writing can take you anywhere.

Both PANTSERS and PLOTTERS have redeeming qualities, based on completed novels resulting from either style; both have negative aspects attached to them as well.

PANTSERS: Pantser types have more freedom and flexibility. Something comes up in your story and you need a new character? A new character is born. You have a character that’s annoying you? Get rid of him/her, or just kill him/her off. You have total control over what happens next and you surprise yourself at every turn.

PLOTTERS: Whew! Now that you’ve spent the last year/s plotting your story and creating an outline, you can finally sit down and write your next bestselling novel! Lucky, you. As of now, things will move on quickly.

PANTSERS: I’m stuck. I have no idea where to go from here. Did I mention he had a mother, or is she already dead? I kind of like Max for Jennifer now, but the first half of the novel has him with Colleen. I’m going in too many directions, have too many branches in this tree, and I need to bring it all together and finally write “The End”. Help!

PLOTTER: Now that I’m halfway through my novel, this story is even putting me to sleep! I spent the last year plotting, and now I have to re-do the entire outline and start over again. What a waste of time!

And here’s a visual (guess which one is the PANTSER, and who the PLOTTER is): 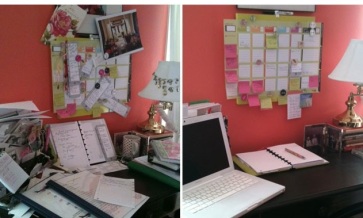 So, what’s a PERCOLATOR?

PERCOLATOR: Someone who has been thinking about the story or idea for some time. Someone who lets the story drip and swirl, and starts filling his or her creative cup with an idea. It translates to: “I’m always writing stories in my head.”

I think percolating is also the result of being between tasks or not having or looking to find the time to get down to writing. When my kids were little, and after they went to sleep, I did a lot of percolating then.

I admire PLOTTERS, they seem to have their *stuff* together, but as close as I come to plotting is jotting down basics about my characters, so that their names, hair color, career, or age aren’t changed halfway through my story without intent or even awareness.

I’m a pantsing-percolator. I have a general idea of what I’m going to write. In some cases it’s been brewing for a while, even though it’s brewing in the most basic of forms. Most often though, it starts with a picture, a great title, or a scene in my head, and it moves on from there. Oftentimes, and as I’m writing, I’m introduced to my characters the same way my characters are introduced to my readers. And more than once, I’ve fallen madly in love with a character and feel really weird about loving someone I created.

Being an author is humbling. You put yourself out there and wait to hear what people say. You wear your emotions on your sleeve and wait to be judged. The stories you write aren’t about you, but there’s a little of you in every story.

So, when I fall in love with one of my own characters, I try not to feel weird. I try to see it as a good sign. If I love them, others will love them too. I justify my lack of humility by comparing it to the same feeling I have (mad, crazy, and unconditionally in love) with my kids, who are also my creation, although in their case, they are co-authored.